Home
Stocks
The Tell: Head of BlackRock’s more than $2 trillion fixed-income division says investors should turn to cash as bonds don’t offer enough of a ‘parachute’
Prev Article Next Article
This post was originally published on this site 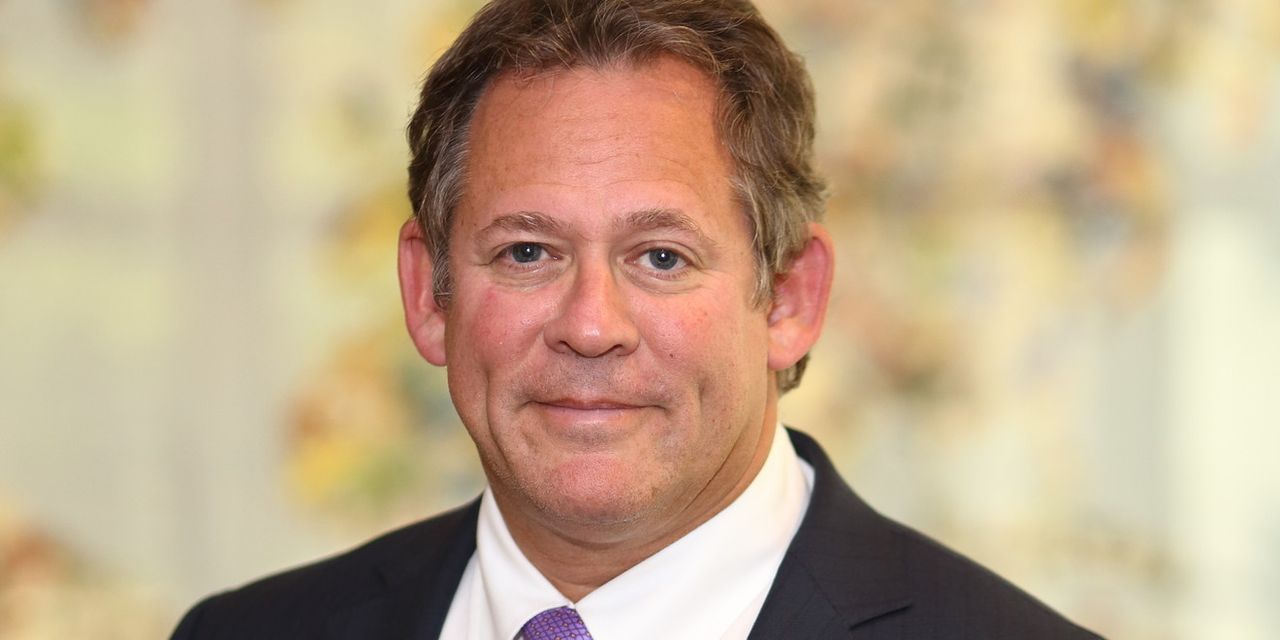 BlackRock’s bond chief wants investors to think about holding more cash in a world of depressed interest rates, mainly so they can pounce on any bargains.

The head of BlackRock’s more than $2 trillion fixed-income division advised investors to shore up their cash buffers at the expense of government bonds, long a mainstay of a balanced portfolio strategy, during an interview with MarketWatch last Thursday.

“You’ve got to hold more cash because you don’t have as fulsome a parachute as you had before,” said Rieder, who also took over as head of BlackRock’s asset allocation team last year.

As part of that role, Rieder helped manage the firm’s flagship global allocation fund that has yielded close to 20% year-to-date, outpacing the more than 14% return accrued by the S&P 500 SPX, -0.39%.

He points out that short-term Treasurys have offered meager yields ever since the Federal Reserve cut its benchmark interest rate target to near zero in March at the onset of pandemic-induced lockdowns in the U.S., with the 5-year note rate TMUBMUSD05Y, 0.379% near 0.38% on Monday.

While Rieder doesn’t expect a selloff in the bond market next year, the likely continued lack of yield could mean the risks around holding short-term Treasurys outweighed the rewards.

That’s not to say investors should ditch bonds altogether, per Rieder, but rather that cash may need to take on a larger weighting of the ballast portion of a portfolio traditionally dedicated to government debt.

Rieder said longer-term government paper remains an effective hedge during times of market turbulence. But his recommendations also comes as Wall Street debates whether to ditch the tried-and-tested 60-40 balanced portfolio, which divvies up funds into stocks and bonds accordingly.

Holding more cash would afford investors the flexibility to jump into any opportunities arising from market dips, and allowing them to take on more risk in the search of higher returns.

“A big deal for asset allocation going forward is making sure you’re getting what you need from equities, especially when interest rates are this low,” said Rieder.

To that end, he advocated shares of so-called growth companies that could see rapid earnings growth from year to year, even as value stocks saw strong gains in November.

“In equities, you want to buy growth,” said Rieder, adding that in the debate between growth versus value, he likes “growth versus no growth.”

Even so, companies with rapid earnings growth are traditionally viewed as more attractive in a low-growth environment and not in the more vibrant economic backdrop expected next year by Rieder, with the BlackRock money manager expecting highflying tech stocks that trounced their peers in 2020 to continue to do so.

That’s because he sees the ability of asset-light technology companies to swiftly expand their operations, and thus the cash they churned out, without incurring the additional expense of investing in costly warehouses and freight networks, as ensuring their future dominance, even after the pandemic has passed.

Looking ahead, Rieder said the economy’s prospects looked bright, noting households were in a much better shape than in the post-08 crisis environment that saw indebted Americans sharply curb spending.

Aided by low interest rates, the resilience of the housing sector was a testament to the strength of the U.S. consumer, he noted.

“We still have to bring the unemployment rate down but the headwinds we saw play out because of excessive leverage in the financial crisis – it is pretty close to the exact opposite today,” said Rieder.