Home
Stocks
The Wall Street Journal: Facebook says it’s taking down all content referencing ‘stop the steal’
Prev Article Next Article
This post was originally published on this site 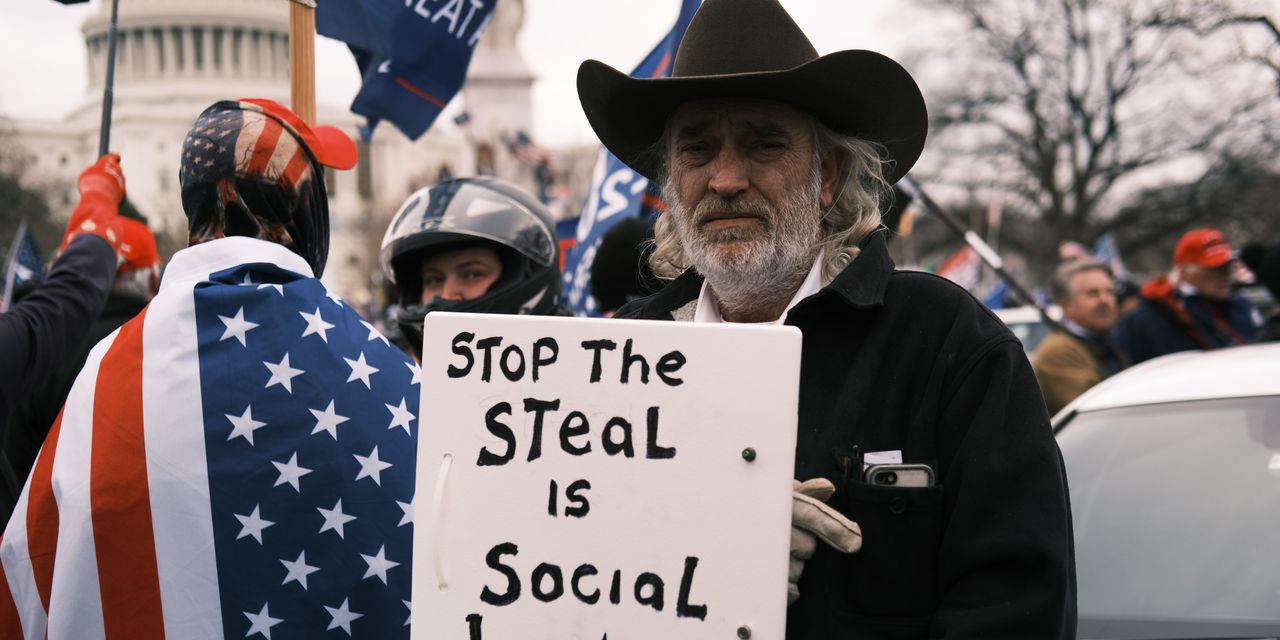 Facebook Inc. FB, -4.01% said it is removing all content mentioning “stop the steal,” a phrase popular among supporters of President Trump’s unproven claims of election fraud, as part of a raft of measures to stem misinformation and incitements to violence on its platform ahead of President-elect Joe Biden’s inauguration.

The announcement was one of a number of new measures announced by tech giants Monday in an effort to deter further unrest after the deadly attack on the U.S. Capitol last week. Twitter Inc.  TWTR, -6.41% said it has removed more than 70,000 accounts since Friday that spread the QAnon conspiracy theory, whose followers believe Trump is under assault by Satan worshipers.