Home
Stocks
ETF Wrap: ETF Wrap: The chicken and the egg, ETFs’ record-setting year, and an infrastructure wager
Prev Article Next Article
This post was originally published on this site

Of all the bonkers details of the truly bonkers past 10-12 months, there’s one in particular that stands out.

Early last fall, as vaccine euphoria bumped up against concerns that something might go wrong with the roll-out, and as relief over the end of the long presidential race gave way to fears that it might not be decided on November 3, MarketWatch published a series of stories meant to help investors shield their portfolios against big shocks.

“Just launched: an ETF made for black-swan moments like these,” which highlighted an options-based stock ETF, the Simplify US Equity PLUS Convexity fund SPYC, +0.06%, ran in early September. On October 1, we followed up with “‘Anything can happen:’ Why the hottest investing trend is playing it safe,” which considered a range of products designed to mitigate big upside or downside risks.

Flash forward five months or so, and stop to consider. Not only was the election contested, but it turned shockingly violent. Not only has the vaccine roll-out been botched, but it’s gone so badly that one public health official has warned of “perpetual infection” for most of 2021.

And what have markets done? In the months since the publication of that first “Black swan” story, arguably an arbitrary moment in time except that it was shortly after a small correction, through the close of business Wednesday, the S&P 500 SPX, +0.03% is up nearly 13%. Bond yields and oil prices have jumped, as have commodities – all normal signs of a growing economy.

It’s a bit baffling – a variation of the old “the economy isn’t the stock market” narrative, to the billionth power. Katie Martin, a Financial Times columnist, this week called it a “boiling frog moment.”

“Investors are proving adept at ignoring signs of the extraordinary,” she wrote. As we said last week, time will tell.

Thanks for reading, as always.

Is there an ETF for that?

Last June, amid the unrest after the killing of George Floyd, MarketWatch profiled a unique fund. The Impact Shares NAACP Minority Empowerment ETF NACP, +0.14% is the only financial product that explicitly addresses racial inequity, relying on input from the National Association for the Advancement of Colored People to select stocks from companies that follow certain principles, like workplace diversity, collective bargaining policies, community development initiatives, and more.

Recently, after a nudge from a familiar analyst, it seemed to be a good time for an update on the fund. We spoke with Marvin Owens, who was previously the NAACP’s liaison to the fund. In November Owens joined the Impact Shares staff in a newly-created position.

“My goal is to really begin to live out the mission of Impact Shares, which is a platform for engagement,” Owens said. He plans to work with investors, social advocacy organizations, and corporate America, “not just to grow assets under management, but to also show proof of concept that capital can be used to create social change.”

Owens says that kind of performance helps make the case to investors that “you do not have to give up returns to make impact.”

There’s still work to do to attract investor dollars. When MarketWatch first covered the fund, there was an agreement in place that once assets hit $20 million, it would start to share proceeds with the NAACP. (As of this writing, assets are just over $21 million). That’s been renegotiated, and the fund will now remit fees once it hits $100 million.

Owens refers to the asset-gathering conundrum in terms that are familiar to many ETF-watchers: as a “chicken and egg” problem. Institutional investors want funds to have achieved certain benchmarks before they’ll consider investing, but it’s often hard to get there without deep-pocketed investors.

Owens isn’t fazed, though. The fund is coming up on its three-year anniversary, which is one of the goalposts investors often want to see, he said. “We’re really in a mode of getting out there and talking to people, being in the marketplace, representing the fund and raising its profile.”

Read next: There is no such thing as ‘passive’ investing in an America so deeply scarred by racism, says Rachel Robasciotti

Visual of the week 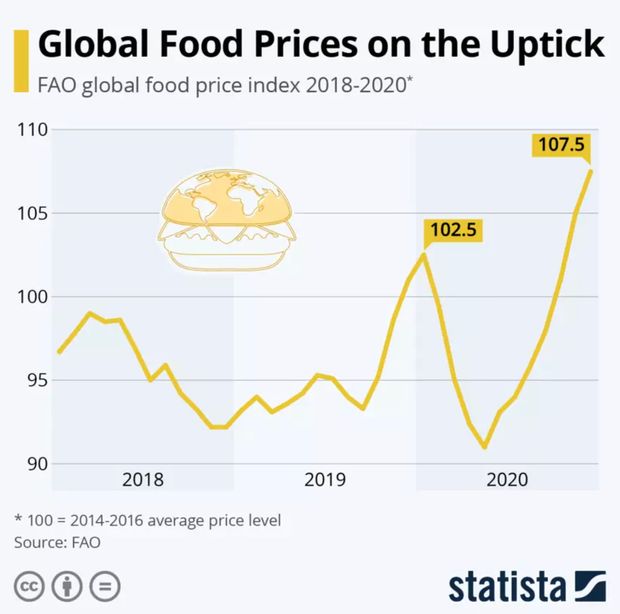 MarketWatch has launched ETF Wrap, a weekly newsletter that brings you everything you need to know about the exchange-traded sector: new fund debuts, how to use ETFs to express an investing idea, regulations and industry changes, inflows and performance, and more. Sign up at this link to receive it right in your inbox every Thursday.