Home
Stocks
NerdWallet: ‘I come from hardscrabble folks’: How this 47-year-old saved $700,000
Prev Article Next Article
This post was originally published on this site 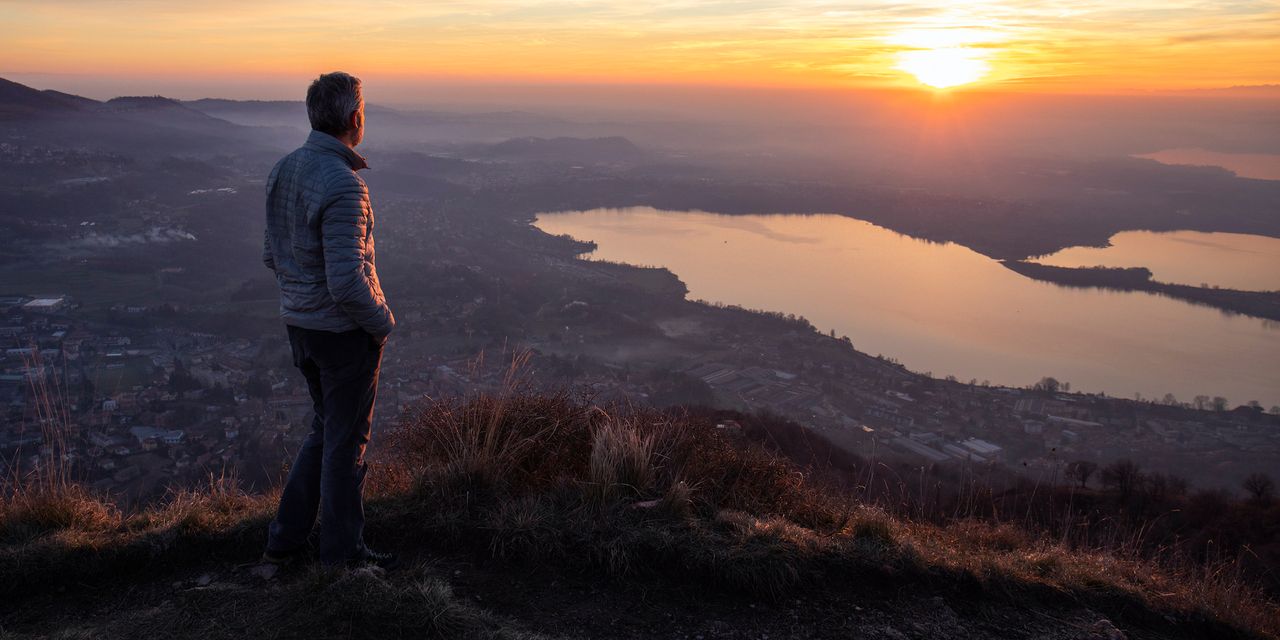 This article provides information and education for investors. NerdWallet does not offer advisory or brokerage services, nor does it recommend or advise investors to buy or sell particular stocks or securities.

Growing up in rural Missouri, money was tight for Anthony Hammond.

“I joke, I come from the type of family where they don’t read a will at the funeral, they pass the hat — sometimes we’ve had to do that,” says Hammond, a 47-year-old manager of a used car dealership.

“I come from hardscrabble folks, both my parents worked in factories their entire lives,” says Hammond, who now lives in Independence, Missouri. “My dad was never a believer in investing.”

But watching generations of his family retire poor, dependent on Medicaid and Social Security to get by, “I just knew I didn’t want that type of life,” Hammond says. Now, he and his husband have amassed nearly $700,000 in retirement savings. Here’s how they did it.

Although his parents didn’t invest, they passed along two essential traits to Hammond that have been vital in building his investment nest egg. “Dad was all about saving money, Mom was all about paying bills on time,” he says.

So when Hammond graduated from college, he worked to pay off his student loans quickly. “That’s a poor kid’s mentality with money — what happens if it goes away?” Hammond says. “You don’t have the safety net to go to Mom and Dad when you get in trouble.”

Aside from his full-time job, Hammond did odd jobs to pay down his debts and followed a rigid budget. “You can’t go out to eat, you can’t go out and buy new shoes. For the first few years, it’s pretty crappy, to be honest,” he says.

See: Now I totally get why my father was so frugal

“But it’s also the period where you’re trying to catch up with the people who had a head start, whose parents paid for their college, and you’ve got student loans,” Hammond says. “I didn’t want my student loans going on for 20 years, so I paid them off as fast as I could.”

“Hitting short-term goals can be so powerful in terms of getting yourself on board with the whole [savings and investment] program,” says Christine Benz, the director of personal finance for investment research firm Morningstar. “From a personal empowerment perspective, it gives you a strong sense of control over your finances.”

Leaning on funds rather than stocks

Hammond began investing the way many investors do: through an employer-sponsored retirement plan. “I started a SIMPLE IRA with my employer in 1996, just doing the basics — if they offered a 3% match, I would do 3%,” he recalls.

In the late 1990s, as dot-com and tech stocks were all the rage, he opened his first brokerage account. “I invested in some individual stocks and did pretty well,” he says.

Also see: Will Social Security still be there if I wait to claim it?

“I got in over my head and lost quite a bit of money, and since then I haven’t gotten into a single stock position again,” he says.

Instead, he and his spouse invested primarily in index funds, a type of mutual fund that invests widely in companies on a particular index, such as the S&P 500. While index funds may increase and decrease in value over time, the risk of losing your total investment is greatly reduced.

Learn more: What is an index fund?

Agreeing on savings goals with your spouse

Hammond invests 20% of his income each month, on top of the 10% of his husband’s income that goes to fund his pension.

“It’s the biggest payment I make each month, by far,” he says. “I have SIMPLE IRA, traditional IRA and Roth IRA — the full hand.”

After the recession, Hammond and his husband paid down all their debts, including their home mortgage.

“Since 2014, we’ve been debt-free, and have since ramped up our retirement savings,” he says.

While they can now afford more luxuries, frugality is a hard habit to break.

See: Americans’ love affair with pickup trucks might be derailing their retirement plans

Looking ahead, Hammond’s goal is to have more than $1 million saved by retirement.

“We’d like to travel more, that’s something we don’t do enough of and enjoy doing,” he says.

Hammond’s advice for other would-be investors? Make a budget, and start small.

“No one wants to make a budget, especially when you’re broke. But that’s exactly the time when you need a budget,” he says. “If you can put away $25 a week, and then next year put away $30 a week, every little bit helps. You have to treat savings like you don’t have a choice.”