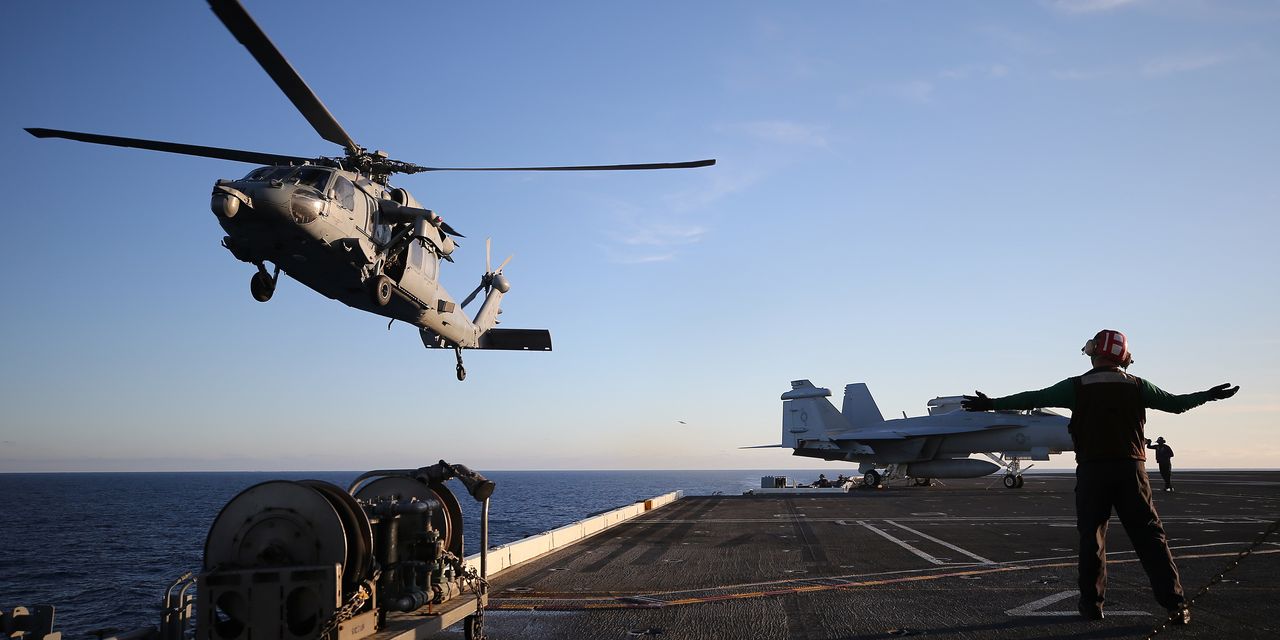 Two U.S. carrier groups are conducting exercises in the waters disputed by China, raising Beijing’s ire just as France announced one of its attack submarines had sailed through the zone.