Home
Stocks
: CDC recommends schools in areas with high COVID-19 transmission rates not fully open for in-person learning
Prev Article Next Article
This post was originally published on this site 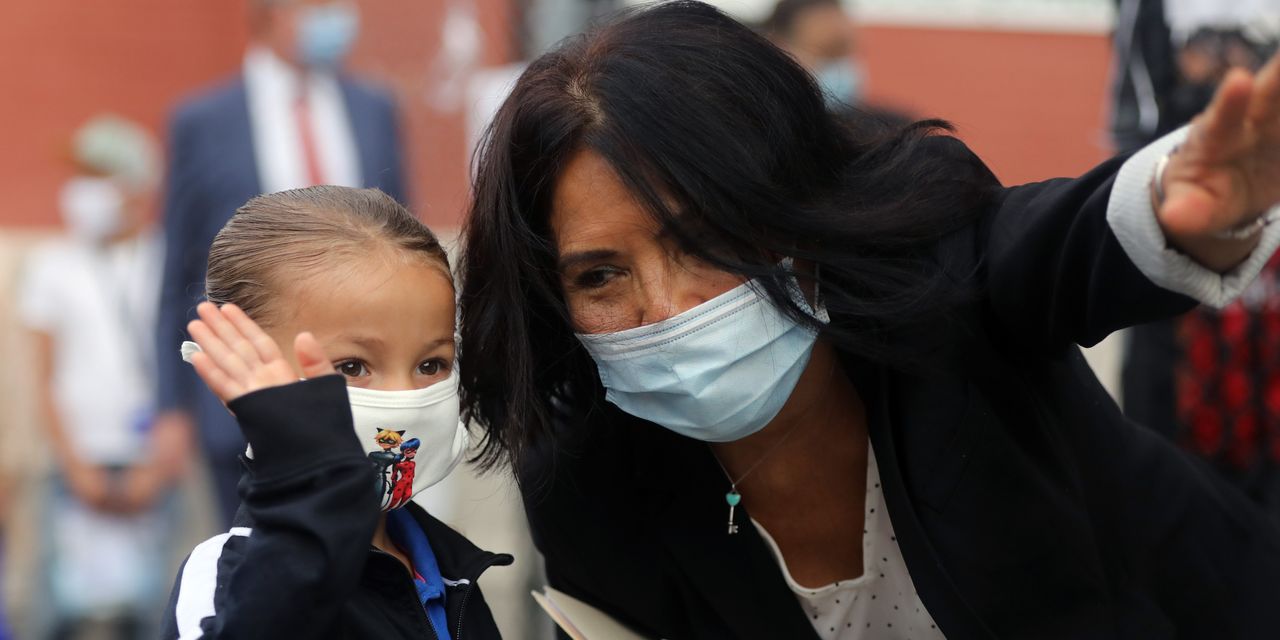 The U.S. Centers for Disease Control released guidance Friday on how and when schools can reopen safely, offering a tiered approach tied to community transmission.

In communities experiencing substantial or high transmission, the agency recommends elementary school students attend school in hybrid mode, where students do a blend of remote learning and in-person instruction. In areas with substantial transmission, middle and high schools could also operate in hybrid mode or with reduced attendance, but in areas of high transmission the guidance recommends middle and high schools offer only virtual instruction unless they can “strictly implement all mitigation strategies, and have few cases.”

Rochelle Walensky, the CDC director, described the guidelines as “much more prescriptive” when asked on a call with reporters how they differed from previous information on school reopening released by the Trump administration. Still, she stopped short of insisting schools take a particular course of action, whether that’s closing or opening.

“With the release of this operational strategy, CDC is not mandating that schools reopen,” she said. “These recommendations simply provide schools with a long-needed roadmap,” for how to reopen schools safely for different levels of transmission in communities, she said.

The news comes days after the White House added specifics to its goal of reopening the bulk of K-8 schools for in-person learning in the administration’s first 100 days — to some controversy.

Jen Psaki, the White House press secretary, told reporters this week that the objective is to have more than 50% of schools doing some teaching in classrooms at least one day a week by day 100 of Biden’s presidency. On Thursday, Psaki clarified saying that Biden “will not rest until every school is open five days a week,” adding that the administration is “leaning into science,” and “letting the science and medical experts lead.”

In addition to the tiered recommendations on when it’s safe for schools to reopen, the CDC laid out what it described as five key mitigation strategies that Walensky suggested schools layer to provide the most protection from the coronavirus. The agency recommends schools prioritize universal and correct use of masks and physical distancing. The guidance also suggests that schools implement handwashing and respiratory etiquette, cleaning of facilities and contact tracing.

Along with these strategies, a screening regimen, increased vaccination and improved ventilation will also help to keep schools safe, the agency said.

The goal of the information released Friday was to provide local school districts with a “one-stop shop” for science-based recommendations on safe reopening, “instead of asking them to piece together a patchwork of guidance by topic,” Walensky said.

A review of the scientific literature on COVID-19 transmission in schools and among children informed the recommendations, she said. Less than 10% of cases in the U.S. have been among those ages 5 to 17, according to the CDC. In-person instruction has not been associated with “substantial” community transmission, the CDC found.

“Most school outbreaks are the result of breaches in mask wearing,” Walensky said.

Transmission in schools is more likely to occur between staff than between students and staff or students and students, the CDC review of evidence found. “The safest way to open schools is to ensure that there is as little disease as possible in the community,” Walensky said. The guidance released Friday recommends that schools “be prioritized for reopening and remaining open for in-person instruction over nonessential businesses and activities.”

Controversy over schools has played out across the country

The question of how quickly schools should reopen in-person has played out contentiously among stakeholders in districts across the country. Low-income students and students of color who are already more likely to be underserved by the school system and to come from communities disproportionately impacted by the pandemic have suffered more acutely during the last year of remote learning.

They’ve struggled to access the equipment and strong bandwidth necessary to successfully attend online classes. In addition, they’re more likely to have caregivers who have to report to work in-person, so adults often aren’t available to supervise or assist in Zoom school.

But even among better-off families, where households have strong internet connections and parents are home to help their kids, the challenges of pandemic schooling has taken a toll. Over the past several months, women have left the workforce in droves, likely driven out by the burden of balancing their children’s school with their own work.

At the same time, teachers and the unions representing them are concerned about their safety. They worry about working in old buildings with poor ventilation and too little protective equipment and supplies to keep them safe. Biden has urged Congress to provide $130 billion to grade schools that they can use for building upgrades and supplies.

Even if those funds come to fruition, educators are concerned about returning to school in-person without being vaccinated. Where educators fall on the priority list for vaccination depends on what state they live in.

“We strongly encourage states to prioritize teachers and other school staff to get vaccinated,” Walensky said. Still, she added that “schools can be reopened safely prior to all teachers being vaccinated.”

But it’s not just teachers and school staff concerned about safety. Amid virulent strains and constantly evolving science, many parents who have the option of sending their kids to learn in person are wrestling with the decision.

Roughly 70% of parents who had a choice between traditional in-person learning or remote instruction sent their children to school in-person, according to a survey of 2,000 parents by Jessica Calarco, an associate professor of sociology at Indiana University. But the results varied based on certain demographics. White and Black families where parents have bachelor’s degrees were roughly equally likely to send their children to school. Among those where parents didn’t have bachelor’s degrees, white students were more likely to attend school in-person than Black students.

The inequity in resources provided schools serving low-income students and students of color and the treatment they’ve historically received in public schools may be making it hard for families of these students to trust that they’ll be safe attending school in-person. That phenomenon has likely only been exacerbated by the government’s handling of a pandemic that hit communities of color particularly hard.

“It’s not surprising that students from lower socioeconomic backgrounds may not feel as comfortable in their schools even if they are open,” Calarco said.