Home
Stocks
: DoorDash earnings: How long will the delivery boom continue?
Prev Article Next Article
This post was originally published on this site 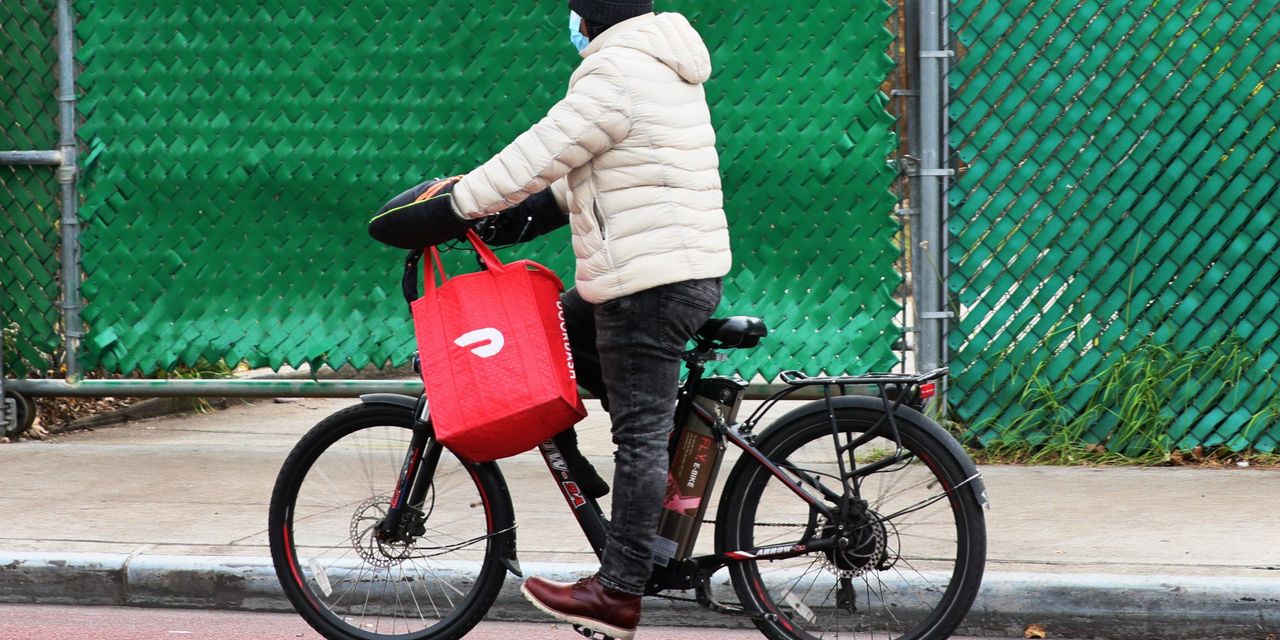 DoorDash Inc. rode its pandemic-powered gains to one of the biggest IPOs of 2020, but investors will now want to see signs it can sustain that momentum.

DoorDash DASH, -2.83% is scheduled to report financial results for the first time as a public company Thursday afternoon. The delivery boom seemed to continue in the fourth quarter, which included a period of resurgence in COVID-19 cases that prompted renewed restrictions — Uber Technologies Inc. UBER, -0.53%, which after its Postmates acquisition is second to DoorDash in delivery, reported fourth-quarter results that showed a 128% surge in delivery gross bookings year over year.

“I’d be surprised if the quarter was anything less than strong,” Forrester analyst Sucharita Kodali said. “We’re still in the middle of the pandemic… [But] let’s not understate that the pandemic was a confluence of events to make them successful.”

Don’t miss: The pandemic has more than doubled food-delivery apps’ business. Now what?

Analysts believe DoorDash is positioned to see more of the same for the first half of 2021 at least. What they want to know from the company is how it intends to differentiate itself once vaccines become more widely deployed and more Americans are able to resume eating at restaurants.

“While COVID-19 has clearly accelerated this trend, we also believe these factors were transitioning food ordering to online prior to the pandemic and that the same consumer value proposition of selection and convenience is likely to lead to continued growth post-vaccine,” he wrote in a recent note.

Beyond its market-leading position in delivery from restaurants, DoorDash is looking for new businesses, and has started delivering prescriptions. In addition, the San Francisco-based company has branched out into delivery from grocery and convenience stores, as well as prescriptions from Sam’s Club pharmacies. Earlier this month, the company announced its purchase of Chowbotics, maker of machines that prepare salads and more.

Earnings: Analysts surveyed by FactSet on average expect a loss of $201.7 million, or 35 cents a share. Estimize, which collects estimates from analysts, hedge-fund managers, executives and others, expects a loss of 26 cents a share.

Revenue: Analysts surveyed by FactSet are guiding for $936.9 million, while the average for Estimize estimates is $987 million.

Stock movement: DoorDash stock has increased nearly 25% this year, while the S&P 500 index SPX has risen about 4%.

What else analysts are saying

Customers on the move: “With a strategic focus on suburban markets and a 58% category share per Edison Trends, we believe DoorDash is among the best-positioned online food ordering marketplaces to benefit from the current trend of moving away from cities and urban centers to the suburbs,” Josey of JMP Securities wrote in a note recently.

Differentiation factors: “We think buyers of DASH get a unique asset,” Wells Fargo analysts wrote in a note recently, calling the company “the only delivery player that is both hyper-growth and profitable” because it posted a second-quarter profit of $23 million last year and narrowed its loss through the first nine months of 2020 year over year. The analysts also pointed to DoorDash’s market share lead in restaurant delivery as well as that of its on-demand subscription service, DashPass. Plus, the analysts said, the company also has Drive, a delivery service with large restaurant and grocery partners such as Walmart.