Home
Stocks
Dispatches from a Pandemic: ‘I’m not used to counting on the government for my paycheck’: How 3 laid-off workers are coping months after losing their jobs
Prev Article Next Article
This post was originally published on this site

When MarketWatch spoke with Alia Renée Capodici, a single mom with a then 3-year-old daughter, shortly after she became unemployed in April, she had a couple of diapers, a nearly-empty refrigerator, and $100 in her bank account.

For four months Capodici had full-blown panic attacks every day by 10 a.m., she recalls. Making it to the end of the day seemed like a near-impossible task.

“It’s really hard to have such a beautiful child who’s happy, loving and joyful almost every second of every day and to not be able to appreciate it because you’re just so anxious about everything else,” she said.

At the time the country was just beginning to adjust to Zoom ZM, -1.65% meetings and classes, social distancing and face masks, and coping with job loss while grieving for friends and family members lost to coronavirus.

Few could imagine those unprecedented conditions lasting longer than a couple of months when the coronavirus outbreak was declared a pandemic on March 11, 2021, but they did. Now, as more than 1.8 million Americans receive their first coronavirus vaccine doses each day, there is at least hope of brighter days ahead.

America’s leading infectious disease doctor, Anthony Fauci, the director of the National Institute of Allergy and Infectious Diseases, predicts that life will return to normal by Christmas. But it’s likely going to take years for the U.S. economy to recover to its pre-pandemic levels.

Now the unemployment rate hovers around 6.3%, amounting to 10.1 million unemployed Americans, according to the BLS. And some 745,000 Americans filed for unemployment benefits last week, a 9,000 increase from the prior week, according to data published on Thursday by the Department of Labor.

To better understand what the pandemic has been like for Americans who were laid off from their jobs early in the pandemic, MarketWatch checked in with three people who were featured in MarketWatch’s Dispatches From a Pandemic series nearly a year ago. 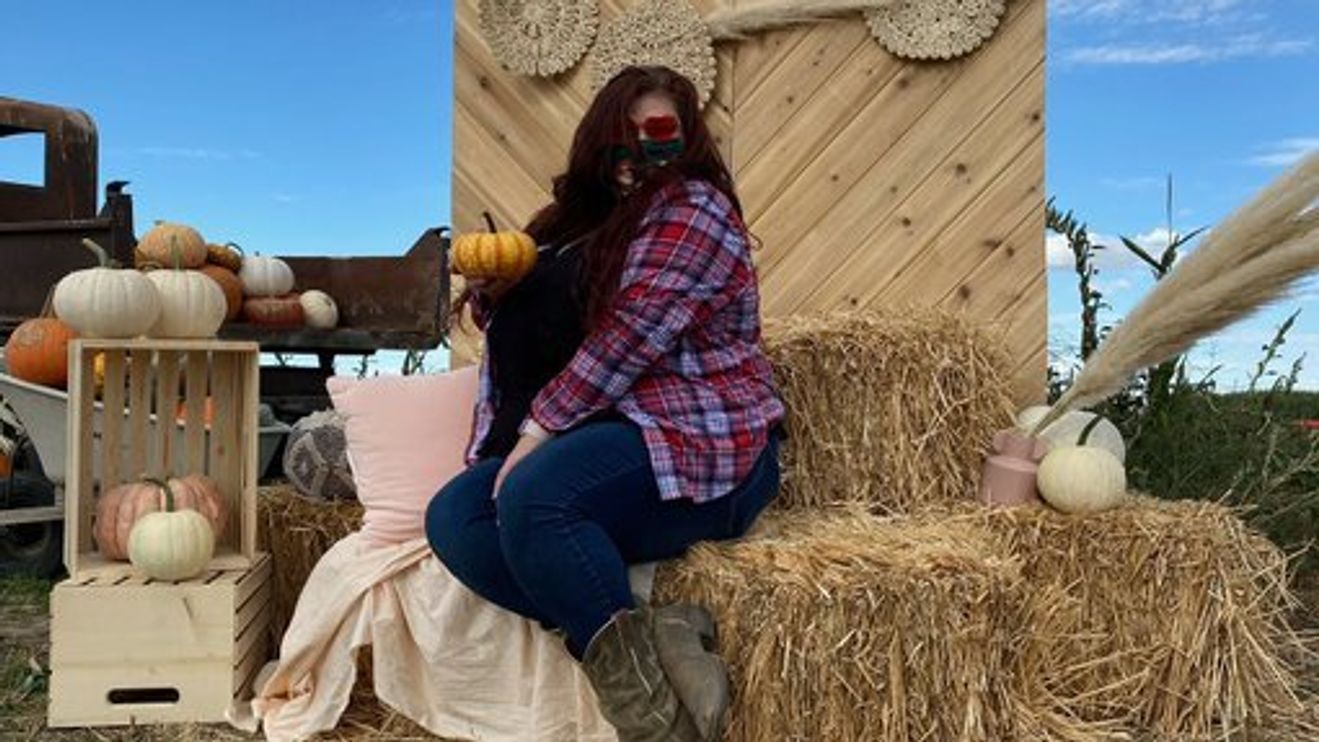 Ashleigh Hanks, pictured, relocated to central Washington after getting laid off from her job in Tennessee. She now works two jobs — a pizza delivery driver and a bud trimmer at a marijuana farm.

Hanks was laid off last March from her job as a call-center operator near Clarksville, Tenn. where she earned $11 an hour. Within a month, she landed a full-time position as an assistant manager of a soon to be opened axe-throwing bar where she’d be earning $15 an hour.

That didn’t end up panning out once lockdowns took effect.

When MarketWatch spoke with Hanks in April, she was “terrified” that the car she purchased shortly before she was furloughed would get repossessed if she had trouble making installment payments on time. She also racked up more than $1,500 in medical debt from several surgeries she had for a slipped disc.

Around that same time, her great uncle passed away from coronavirus.

“It’s hard to go through a loss and then the only thing you hear about it is how it’s a conspiracy,” Hanks said referring to unfounded speculation on the origins of coronavirus. For instance, one-in-four Americans believed that the virus was intentionally planned by powerful people, according to a July Pew Research survey of more than 9,600 American adults.

“I’ve told people it’s one thing to believe viruses come from a sketchy place but to say that people’s deaths are part of some government cover-up is completely offensive,” Hanks said.

“ ‘I didn’t expect so many people to help me with the GoFundMe. I was really blessed that I was able to keep my car and even pay off my debt’ ”

Desperate for money while she waited for her unemployment claim to get processed, Hanks started a GoFundMe campaign. She received more than $3,000 in the two days after her interview with MarketWatch was published.

People continued to reach out to her after that asking if she could accept donations, she said, but she declined. “I said no because I got more than enough and I just couldn’t accept any more than that,” Hanks said.

“I didn’t expect so many people to help me with the GoFundMe. I was really blessed that I was able to keep my car and even pay off my debt.”

In May, Hanks moved back to her home state, Washington, and is living near Moses Lake, a city located in central Washington. She worked at corn farm and at a pea farm loading delivery trucks and managing drivers’ schedules through October when harvest season ended.

Then she went back to being unemployed for two months.

“The only job I could get was delivering pizza part-time,” she said. Eventually, Hanks was able to land a second job as a bud trimmer at a marijuana farm. She is responsible for helping fulfill orders from dispensaries.

Hanks’ hours were recently cut back at the farm, where she earns $14 an hour. To supplement the lost income, she’s been doing more pizza deliveries, which pays $13.69 an hour plus tips.

“My end goal right now is just to have a stable schedule and a stable life.”

Like Hanks, Capodici feels indebted to strangers who donated more than $6,000 to a GoFundMe she started after she was laid off in March from her role as a screener for potential clients at a match-making service near Teaneck, N.J.

With only $100 in her bank account, she knew she would have to cut as many corners as possible to survive until her unemployment claim was processed.

Capodici will never forget the panic and anxiety she felt “when everything around you is affecting your life and you have zero control or authority to change it — it’s terrifying.”

“And when you have this little miracle baby that depends on you for everything it’s like ‘Oh, my god.’”

It ended up taking 97 days from the time Capodici filed for unemployment benefits to receive her first check due to complications she encountered because she worked in New Jersey but lives in Doylestown, Pennsylvania with her parents.

Having lived with her parents for nearly four years, Capodici intended to move out by early 2020, but has since postponed. Even while unemployed, she always contributed to her parents’ rent and paid for all of her daughter’s expenses.

But she has saved a lot of money on childcare expenses because her parents, who are both retired, take care of her 4-year old daughter, Hadley, each day.

Many mothers in the U.S. however don’t have family members who can take care of their children while they work. That’s been especially problematic during the pandemic while many schools remain closed. And over the past year, more than 2.2 million women have left the workforce, according to the BLS.

Alia Renee Capodici, pictured, was earning $50,000 a year before the pandemic. Last year she earned less than half of that — making it difficult to support her four-year-old daughter as a single mom.

Capodici’s goal for the upcoming year is to save enough money so that she and Hadley can have their own home. She’s hopeful she’ll go back to working full-time once more people enter the dating pool when it becomes safer to socialize.

In the meantime, Capodici is trying to get Hadley, into preschool next year but said it’s “been very difficult because all the programs are full.” Across the U.S. there is a shortage of early childhood care centers. Many have struggled to stay open as their expenses have risen to comply with enhanced safety protocols, according to a survey published by the Center for American Progress, a left-leaning think tank.

“ One-in-four childcare centers said they would close permanently within three months if enrollment doesn’t pick up. ”

— National Association for the Education of Young Children

Some 56% of childcare centers report that they’re losing money each day they’re open, according to a December survey of more than 9,000 childcare centers published by the National Association for the Education of Young Children, a nonprofit.

Capodici realizes she’ll probably have to find a new job which she said is “terrifying when you’ve been doing the same thing for nine years.”

“But this isn’t going to work. It can’t continue,” she said referring to working part-time.

Last January, Maslyk started a new position recruiting employees for a hotel located in Fort Lauderdale, Fla. Just as he was beginning to settle in to the Sunshine State after relocating from Virgina Beach with his wife, the two were both laid off from their jobs in early March.

For months they lived out of hotel rooms, which cost them $2,000 a month. Even with the extra $600 a week in unemployment benefits he and his wife Brenda were both receiving under the CARES Act, he knew it would be unsustainable.

The situation became more dire when lawmakers didn’t reinstate the $600 add-on benefit for jobless Americans after it expired in July. Ultimately, he moved to Columbus, Ohio in October and is prepared to pack and move again if a new opportunity arises.

“ ‘It’s uncomfortable. I’m not used to counting on the government for my paycheck’ ”

But hardly any have.

Maslyk is approaching a full year of being unemployed. He is one of some 4 million Americans who’ve been unemployed for more than six months, according to the January 2021 jobs report published by the BLS.

These Americans are considered long-term unemployed by the BLS and often face more difficulty getting employed than people who have been unemployed for less than six months.

“ ‘The unemployment benefits don’t allow me to sit back and be fat and happy it only help me keep the lights on and pay the rent because we have no other income.’ ”

Ray Maslyk has been unemployed for over a year. He’s going to stop receiving unemployment benefits by March 14 if lawmakers don’t pass legislation to extend the benefits he receives.

“It’s uncomfortable,” he said. “I’m not used to counting on the government for my paycheck.”

Maslyk has tried to monitor the lengthy stimulus negotiations between Democratic and Republican lawmakers to keep tabs on the future of his unemployment benefits, because every dollar matters.

Lawmakers are currently facing a March 14 deadline to enact legislation to avert an unemployment benefits cliff for some 11 million Americans, including Maslyk.

Like Capodici, he’s counting on post-pandemic conditions that will enable more Americans to travel again.

“I feel good about myself when I’m working, and boy do I miss that feeling,” he said. “The unemployment benefits don’t allow me to sit back and be fat and happy, it only helps me keep the lights on and pay the rent because we have no other income.”