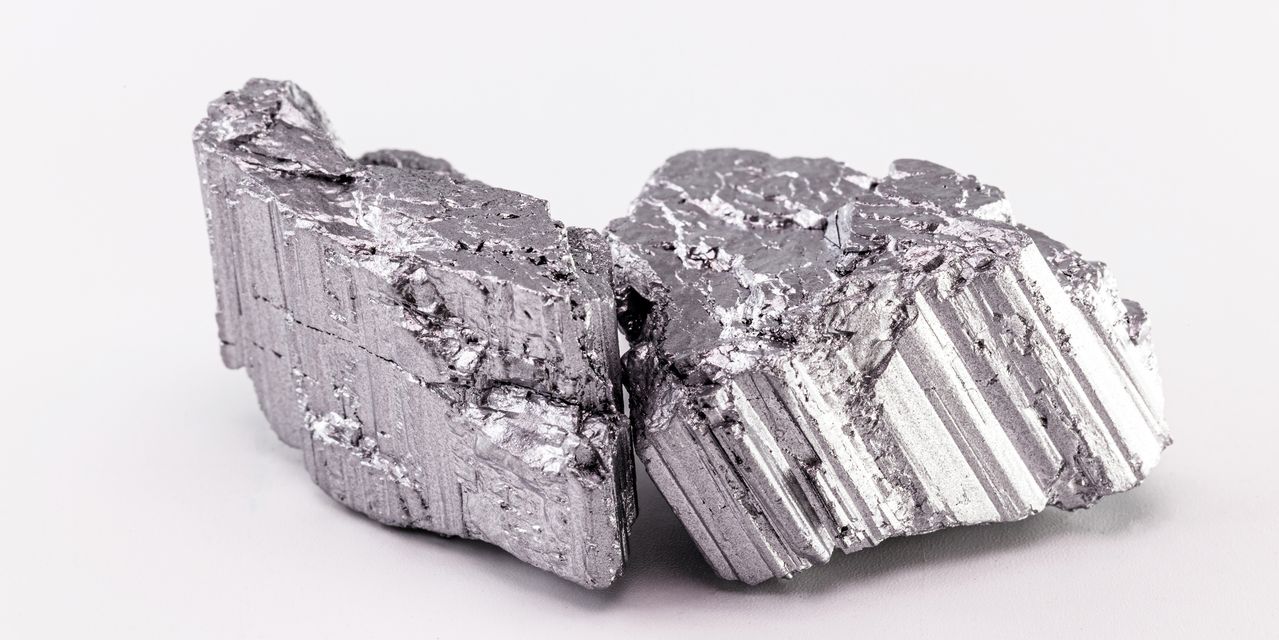 Rare-earth metals are used to make just about everything, from smartphones and display panels, to speakers and televisions, and while China currently dominates the market for these commodities, the U.S. has taken interest — and resource investors should too.

These rare-earth elements haven’t spent much time in the investor spotlight, but “Covid has been a wake-up call for secure supply chains for strategic metals needed for our most advanced critical technologies,” says Jeb Handwerger, editor of Gold Stock Trades, which tracks the junior mining exploration and development sector searching for new deposits.

Rare earths refer to a group of 17 elements that have a variety of uses, including lanthanum, used in oil refining, praseodymium for aircraft engines, and neodymium, used to create permanent magnets that have many applications.

Among the most highly prized are the “magnet feed” rare earths: neodymium and praseodymium, says natural-resource expert Sean Brodrick, an editor at Weiss Ratings. “They are critical for high performance magnets used in cellphones, electric vehicles and wind turbines,” he says.

Demand for these powerful magnets are poised to see sharp growth in the next decade. Rare-earth magnet applications are forecast to account for roughly 40% of total rare earth demand by 2030, compared with an estimated 29% in 2020, according to commodity analysis provider Roskill.

The VanEck Vectors Rare Earth/Strategic Metals exchange-traded fund REMX climbed by more than 63% last year and is up about 14% this year.

China has about 70% of the world’s known rare-earth reserves, the most in the world, says Brodrick. China also has announced that it will boost its mining quotas in the first quarter of this year by nearly 30%, which indicates “strong and rising demand,” he says.

With its tight grip on the world market for rare earths, it’s no wonder that China in the past has taken advantage of its dominance, including by considering restricting exports in its trade disputes. The U.S. The World Trade Organization found in 2014 that China had set limits and duties on rare earth exports that breached the group’s rules.

Handwerger says his readers have been told for more than a decade that China recognized rare earths as the “strategic commodity over the next generation similar to oil.” He sees a “huge jump in prices coming” as China uses rare earths as a weapon.

As far as ways to invest in the market, Brodrick says he’s “riding the move higher in miners, processors and others leveraged to rare earths.” Even rare earths that are mined in the U.S. must be sent to China for processing, he says. “This is the kind of area where the U.S. government will shoot a fire hose of money at a problem, and I’m always standing by with a bucket when that happens,” implying that the U.S. will want to ease its reliance on China.

Choosing individual stocks takes a lot of research, Brodrick says, so for now, small investors should stick to the REMX ETF.

If you want to play the U.S. rare-earth market, however, investing in that ETF wouldn’t be the best approach, says Handwerger, since it’s mostly made up of Chinese rare-earth companies.

Instead, look to the juniors working with major academic institutions and the U.S. Department of Defense, Handwerger says. Rare earths are used in many defense and commercial applications. In November, the DOD announced agreements with several rare earth producers, including MP Materials Corp. MP, in a move to strengthen the market’s domestic-supply chain.

Brodrick thinks it’s a great time to invest in rare earth miners and processors, with a positive supply-demand picture that is set to grow more bullish over the longer term. “The U.S. government is about to throw money at companies in this industry. Grab a bucket and get busy,” he said.