Home
Stocks
London Markets: FTSE 100 under pressure, but BT surges after mobile spectrum auction
Prev Article Next Article
This post was originally published on this site 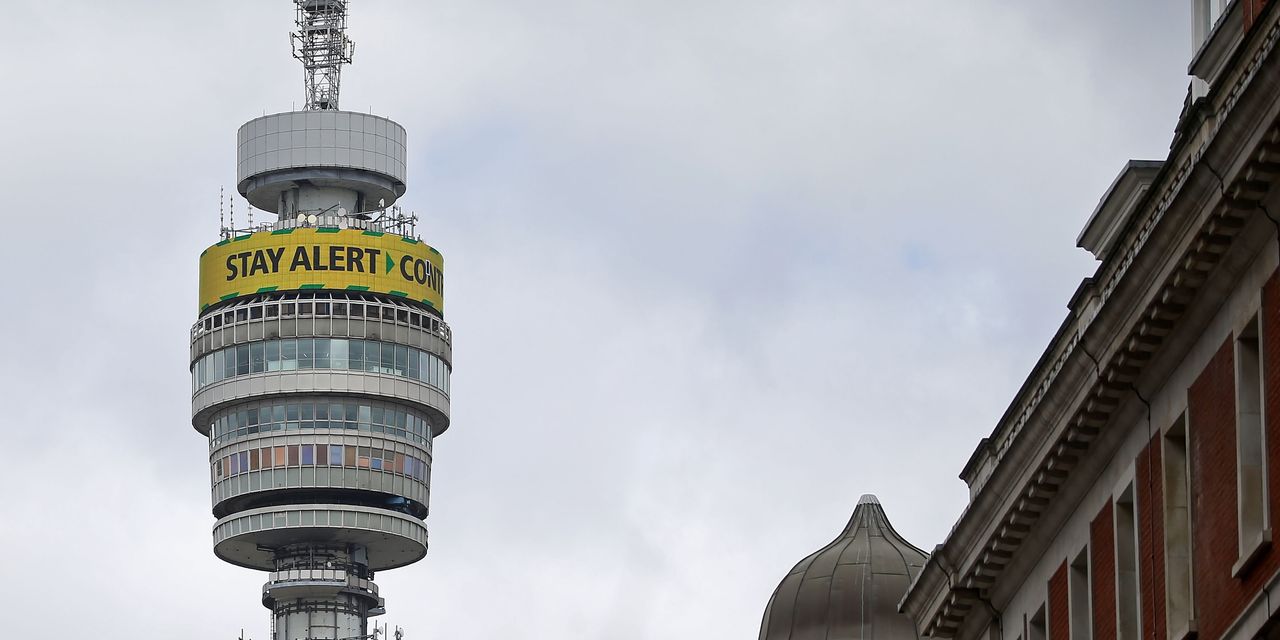 London stocks slipped into the red on Wednesday, with shares of mining stocks once again leading on the downside. Telecom BT Group was a standout gainer after winning crucial new airwaves for its 5G rollout.

fell 0.3%, in step with losses for regional country indexes across Europe as investors on both sides of the pond awaited the outcome of a Federal Open Market Committee meeting. U.K. investors will hear from the Bank of England’s Monetary Policy Committee on Thursday. Neither central bank is expected to announce changes to key policies.

Read: Who’s going to ‘out-hawk’ the other? Bet on Fed, not Bank of England, economist says

inched up against the dollar, while 10-year gilt
TMBMKGB-10Y,

yields rose 5 basis points to 0.8%. U.S. bond yields have been climbing this year, taking some global bonds with them.

Among stocks to watch, shares of BT Group
BT.A,

surged 6% after U.K. media regulator Ofcom said the country’s top four mobile networks have paid £1.36 billion ($1.89 billion) in an auction to secure more airwaves. Vodafone was also among those that bid for airwaves, securing a total of 200 megahertz of spectrum.

EE unit paid £452 million ($628 million) for the largest tranches of that spectrum, while Vodafone
VOD,

was another big gainer, with shares up 4% after JPMorgan lifted shares to neutral from underweight and lifted its price target to 105 pence from 45 pence. The bank laid out four big reasons for the upgrade. The first was that approvals of multiple COVID-19 vaccines means investors are now “willing to willing to value RR on its medium-term ‘ambitions,’” said a team of analysts led by David H. Perry.

More reasons: shares of Rolls Royce are rising despite recent cash flow warning and a big 2020 earnings miss, international airline capacity is likely to get much worse, meaning a slow improvement for air travel, and shares have significantly underperformed peers since 2018, luring investors, said the team.

Pressuring the FTSE 100 on the downside, heavily weighted mining companies were under pressure. Anglo American
AAL,