Home
Stocks
Market Snapshot: Markets set up for disappointment from Fed meeting as bond yields renew rise
Prev Article Next Article
This post was originally published on this site 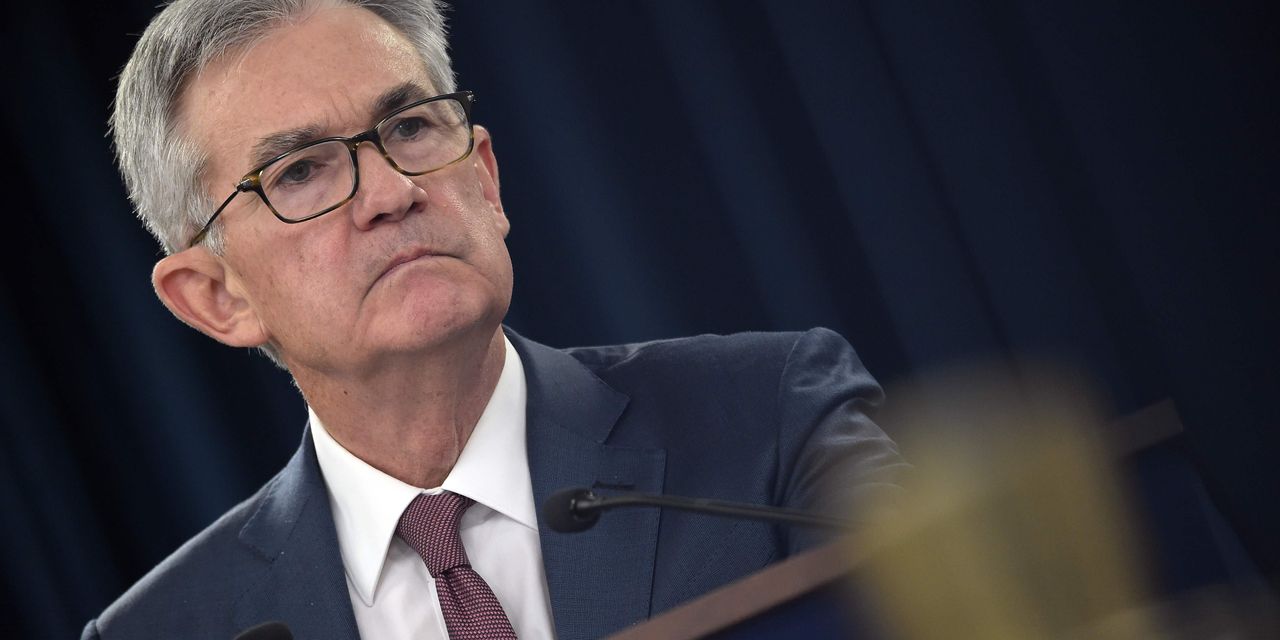 All eyes will be on the Federal Reserve’s meeting next week as traders put pressure on the central bank to prevent a de-stabilizing rise in bond yields.

Yet the U.S. central bank is likely to stick to its messaging that higher yields reflect the rosier economic outlook, suggesting the clash between recalcitrant bond traders and a patient central bank will continue.

“The Fed is aiming for higher inflation which means higher interest rates. I think the market has misread the Fed in thinking about yield curve control,” said Steven Ricchiuto, chief U.S. economist for Mizuho, in e-mailed comments.

The central bank’s unwillingness to push back against the bond market’s speculation has ended up sapping investor sentiment, with the sharp rise in long-term bond yields this year causing momentary panic across technology stocks, corporate bonds and emerging markets.

Some of these market nerves reflect worries that a further disorderly increase in long-term yields could hamstring a recovering and highly leveraged economy, ill-prepared to deal with a rise in borrowing costs.

rose to a more than one-year high of 1.67% on Monday. The benchmark maturity is up around 75 basis points where it traded at the start of 2021.

traded near records on last Tuesday, rebounding from two weeks ago when investors were rattled by the prospect of further selling in the bond market.

Analysts anticipate Fed Chairman Jerome Powell will repeat the mantra that the central bank remains far away from reaching its employment and inflation goals at his press conference after the policy meeting on March 17.

Perhaps more pertinently, the Fed is unlikely to meet the calls of bond traders to announce tweaks to the Supplementary Leverage Ratio, which was adjusted last year to help banks deal with the coronavirus crisis, or to change the composition of its monthly purchases of U.S. Treasurys and mortgage bonds.

“They’re going to be resistant to being pushed around. The last thing they want to do is fight the market. As long as [the rise in yields] is orderly and as long as credit markets are operating well, the Fed is getting what it wanted,” Gregory Staples, head of fixed income North America at DWS, told MarketWatch.

Still, one place where investors may see the central bank moving closer towards the bond market’s vision of the economy is in the summary of economic projections and the so-called dot plot, where members of the Fed’s policymaking committee forecast where policy interest rates are headed.

The December dot plot shows most members of the FOMC are penciling in their first rate hike in 2024.

With a $1.9 trillion stimulus bill now signed into law by President Joe Biden, some senior Fed officials may choose to move their expected timeline for the first interest rate hike since the pandemic began into 2023. But such a move still remains far away from the market’s more hawkish expectations, with short-term money markets penciling in a rate increase as early as the end of 2022.

“It creates a discrepancy what the Fed is projecting and the markets are projecting,” said Lauren Goodwin, economist and portfolio strategist at New York Life Investments, told MarketWatch.

Yet it’s unclear if this tension has the potential to drive further market turbulence in the way it has in the past few weeks, according to Jefferies’ Aneta Markowska.

She argued the bond market’s dizzying selloff so far had reached levels that indicated investors had already digested the economic boost from the stimulus bill. Until the Fed started the conversation on tapering its asset purchases, she didn’t see yields moving higher.

In the end, the heated debate on where interest rates are headed may turn out to be a sideshow for stock-market investors momentarily dazed by the rise in long-term bond yields.

If the jump in bond yields reflects a surge in economic growth, corporate earnings are likely to see a marked improvement, making higher borrowing costs less relevant for the equities market.

“You don’t need rates to stay at historic lows for earnings to improve,” said Goodwin.