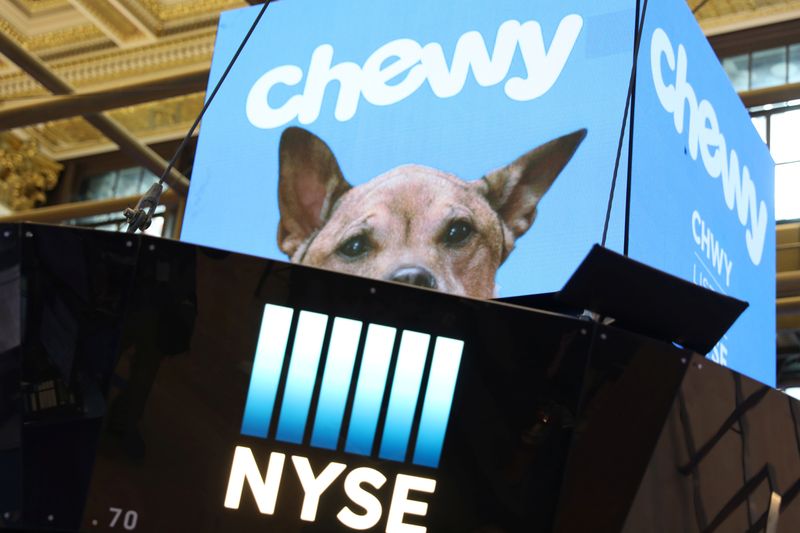 Investing.com — The shipping container broke free and returned the Suez Canal to working order on Monday, meaning people had to find something else to fuss about.

Now that oil, liquified natural gas and goods can flow freely through one of the world’s most important maritime routes, the focus shifts back to the economic reopening. One big beneficiary is Boeing Co (NYSE:BA), which got a boost from big news on Monday: Southwest Airlines (NYSE:LUV) will buy 100 737 Max jets from it.

But the CDC chief issued a warning on restrictions and guards being lowered. As more people take to the roads and skies to visit family during the spring holidays, Rochelle Walensky said she worries about “impending doom” from a new surge in Covid cases.

Bank stocks got tripped up by heavy selling in certain stocks and their exposure to an obscure investing operation called Archegos Capital, which is run by a former Tiger hedge fund manager.

It’s a light calendar for data this week, though President Joe Biden is expected to grab some headlines when he unveils his multi-trillion-dollar infrastructure plan.

Here are three things that could affect markets tomorrow:

!. Debut of a new space ETF

Cathie Wood’s Ark Invest rolls out its new space ETF on Tuesday. ARKX, the firm’s eighth ETF, hits the market at a time when private companies are stepping up into space exploration in a big way, including Elon Musk’s SpaceX and Richard Branson’s Virgin Galactic.

2. BioNTech reports as vaccines flood out

Pfizer Inc (NYSE:PFE)’s partner in the vaccine race, BioNTech SE (NASDAQ:BNTX), is scheduled to report its quarterly results for December on Tuesday. Analysts tracked by Zacks have the consensus for the quarter at a loss of 56 cents, which would be more than the loss of 27 cents reported in the prior year’s quarter.

The vaccine rollouts have stepped up in recent weeks, with President Biden setting a new target of 200 million shots in arms by the end of his first 100 days in office. On Monday, New York Gov. Andrew Cuomo said people 30 and up are eligible on Tuesday, and those 16 and up starting early next month. New York is just the latest to open vaccine eligibility to all adults.

Two other earnings reports of note due out on Tuesday come from companies that benefited from pandemic shutdowns that had people shopping online.