Home
Stocks
: Playboy is getting into the NFT market with plans to create digital art from its own photography
Prev Article Next Article
This post was originally published on this site 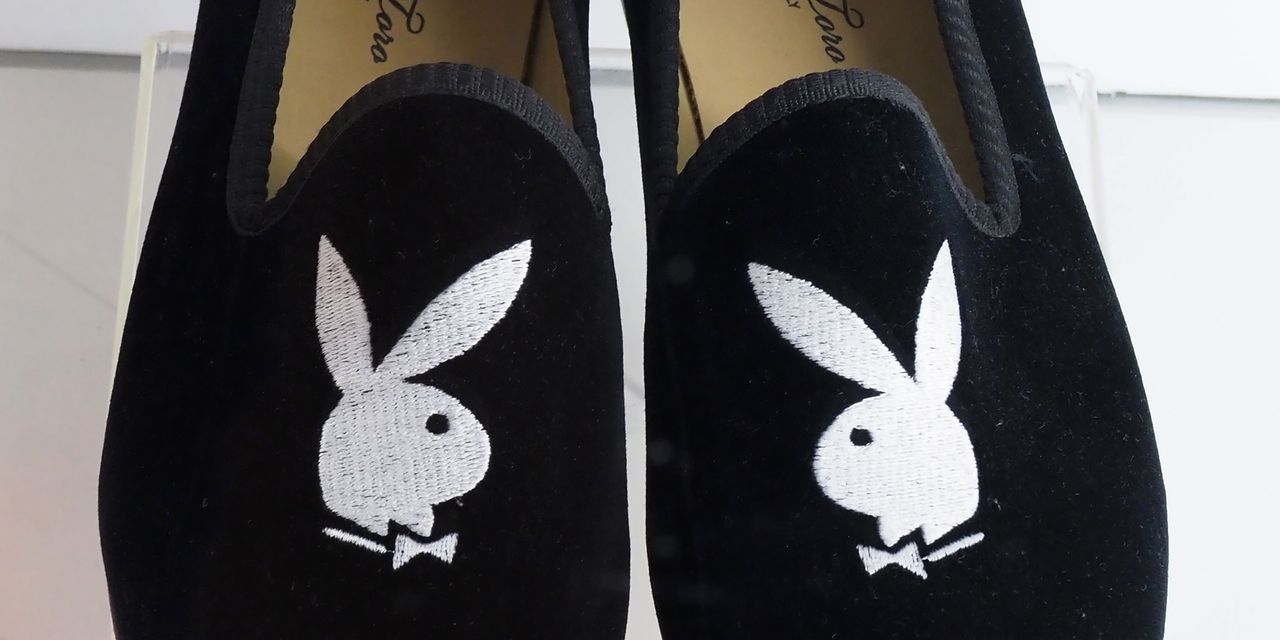 A new partnership between Playboy and Nifty Gateway offers the iconic brand an initial foothold in the market for Nonfungible Tokens, or NFTs, the new art form that has ballooned in popularity in the past year, according to a Canaccord Genuity analyst.

is partnering with Nifty, a platform that allows people to buy, sell and store digital art and collectibles, in a blockchain-powered marketplace. The company was founded in 2018 by Duncan and Griffin Cock Foster and then sold to cryptocurrency exchange Gemini Trust Company LLC, in 2019.

The partnership will be launched in the second quarter with two drops, original works by digital collage artist Slimesunday that will be developed in cooperation with Playboy’s editorial and archival curators, and a Pride-themed curation in June with digital artist Blake Kathryn, Playboy and Nifty said in a joint statement.

Boston-based Slimesunday has become the sixth highest earning artist in the NFT space. Kathryn is a visual artist based in Los Angeles.

Read: Opinion: I’m planning to retire early — and rich — thanks to NFTs

Longer term, the partners will focus on three areas: artist collaborations with Playboy’s art and photography archive; an effort to incubate and commission new NFT works with grants that aim to support emerging and under-represented artists; and the curation and sale of Playboy’s own art collection in NFT form.

NFTs are intended to be unique and are not meant to serve as a means of exchange. Fungibility refers to the interchangeability of one unit of a thing for another.

John Watkinson, one of the forefathers of what is widely viewed as one of the earliest NFTs, told MarketWatch in a recent interview that NFTs should be considered a “digital cryptographic token that represents something…a piece of art, or a collectible, rather than a generic currency.”

Read now: What is an NFT? A Beeple NFT just sold on Christie’s for nearly $70 million, highlighting craze for cryptos

Playboy cast its entrance into the new space as a natural development given it has long offered artists and writers a place to express themselves, naming such luminaries as Andy Warhol, Picasso, Keith Haring and Salvador Dalí as examples who have featured in its flagship publication.

“This should be just the initial step for PLBY in executing on a long-term, sustainable
NFT strategy,” Canaccord analyst Austin Moldow wrote in a note to clients.

“While there is a lot of buzz around non-fungible tokens at the moment,
their real 2021 P&L contribution for PLBY we think will likely be minimal, but the
unpredictable nature, particularly in asset pricing, makes it difficult to forecast. NFT
sales have not been baked into our 2021 estimates, but we will make adjustments
accordingly through the year and it’s possible NFTs could drive upside.”

Original works will be monetized on an 80% to 20% split between Playboy and Nifty, and Playboy will pay a revenue share to the artist from its 80% share, said Moldow.

Subsequent marketplace sales will include a 10% fee to Playboy for all future resales, also with a revenue share for the artist.

“We believe the Nifty Gateway partnership is just the first step in a much longer-term NFT strategy to accelerate the company’s pace toward its five-year target,” he wrote. “Over time, we expect PLBY’s NFT operation to be managed closer to the company’s growing owned & operated, direct-to-consumer portfolio.”

The recent boom in NFTs, which kicked off back in 2017, has seen a number of prominent investors and celebrities attempt to benefit from the craze.

Recently, Jack Dorsey, who is the CEO of Square SQ, 4.33% and TwitterTWTR, 1.94%, auctioned off his first tweet as an NFT. The NBA’s Top Shot, an online-only marketplace where users can buy, sell and trade digitized NBA highlights as they would sports trading cards and other memorabilia, has recorded over $200 million in transactions in the five months since its launch.

Read: ‘Obviously, we had no idea it was going to get here,’ say the guys who made the first NFT

Playboy has recently returned to public markets after about 11 years as a private company, using the route of merging with special purpose acquisition corporation Mountain Crest Acquisition Corp., in a deal that closed earlier this year. The stock is trading on Nasdaq, under the new ticker “PLBY.”

Don’t miss: What is NBA Top Shot? Everything you need to know about the digital asset with over $230 million in transactions

Playboy is a very different company today from what it was during the peak years of the 1960s and 1970s, and has shut down most of its legacy media businesses. The company today focuses on four categories: sexual wellness, including products such as condoms; style and apparel; gaming and lifestyle; and beauty and grooming.