Home
Stocks
: In one chart, how U.S. state and local revenues got thumped by the pandemic — and recovered
Prev Article Next Article
This post was originally published on this site 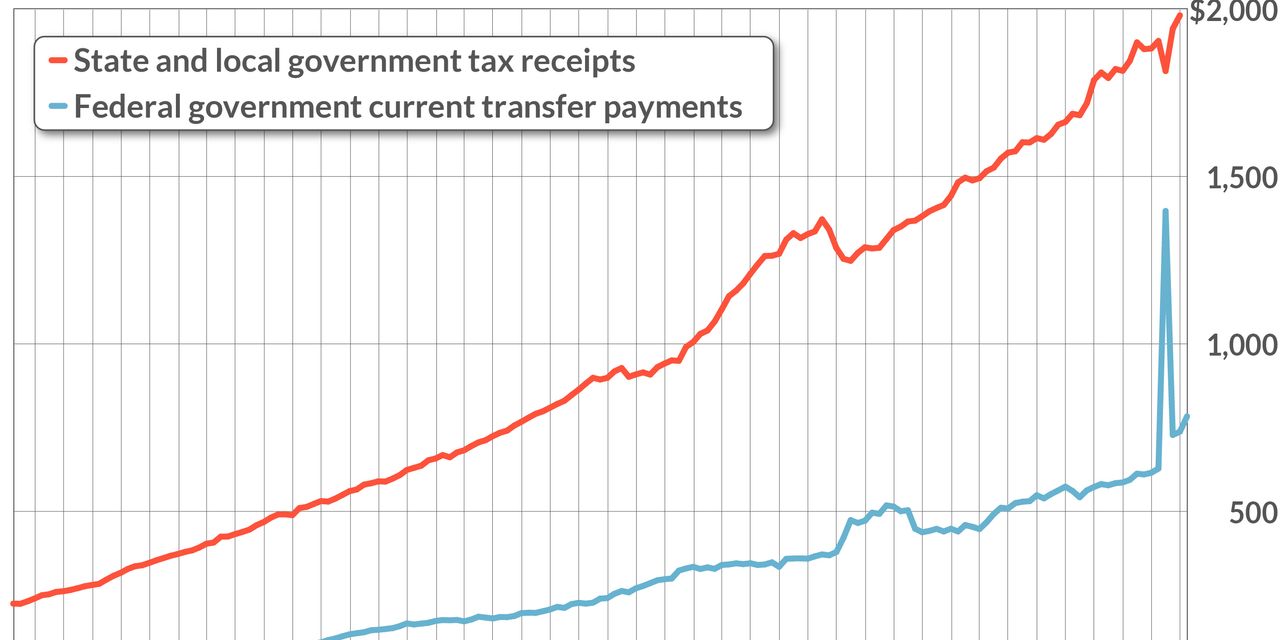 When the coronavirus crisis erupted last March, the outlook for U.S. state and local governments seemed bleak. With local economies across the country shuttered, revenues from taxes and fees plunged.

One year later, those who keep tabs on municipal finances are breathing a sigh of relief: the worst-case scenario never materialized. In the past few months, Moody’s Investors Service and Standard & Poor’s have upped their outlooks for states and local governments to stable from negative, citing improved financial circumstances and massive federal support.

The chart above shows the gut-punch from the crisis, and the recovery. It comes from the St. Louis Fed’s FRED analytics tool, using data from the U.S. Bureau of Economic Analysis.

“State and local governments receive two major sources of revenue: transfers from the federal government and their own tax receipts,” the FRED researchers noted.

In the second half of 2020, those transfers were elevated compared to historical trends, but lower than in the second quarter.

The graph also shows “an initial dip in tax revenue during the second quarter of 2020, but tax revenue largely recovered and ended 2020 at or slightly above its long-run trend.”

There are a few caveats. First, the chart shows only revenues, not expenses, many of which surged throughout the public-health emergency. Also, federal grants are usually transferred to states with the expectation that they’ll distribute to their local communities as needed. That doesn’t always happen quickly or robustly enough to make a difference for cash-strapped locals.

For all those reasons, it’s important to view the chart as an aggregate picture of local economies around the U.S., while keeping in mind that it may mask deeply stressed situations around the country.

Read next: The fight over SALT is heating up. What’s next?