Home
Stocks
: Netflix’s ‘Army of the Dead’ to open in hundreds of theaters before it streams
Prev Article Next Article
This post was originally published on this site 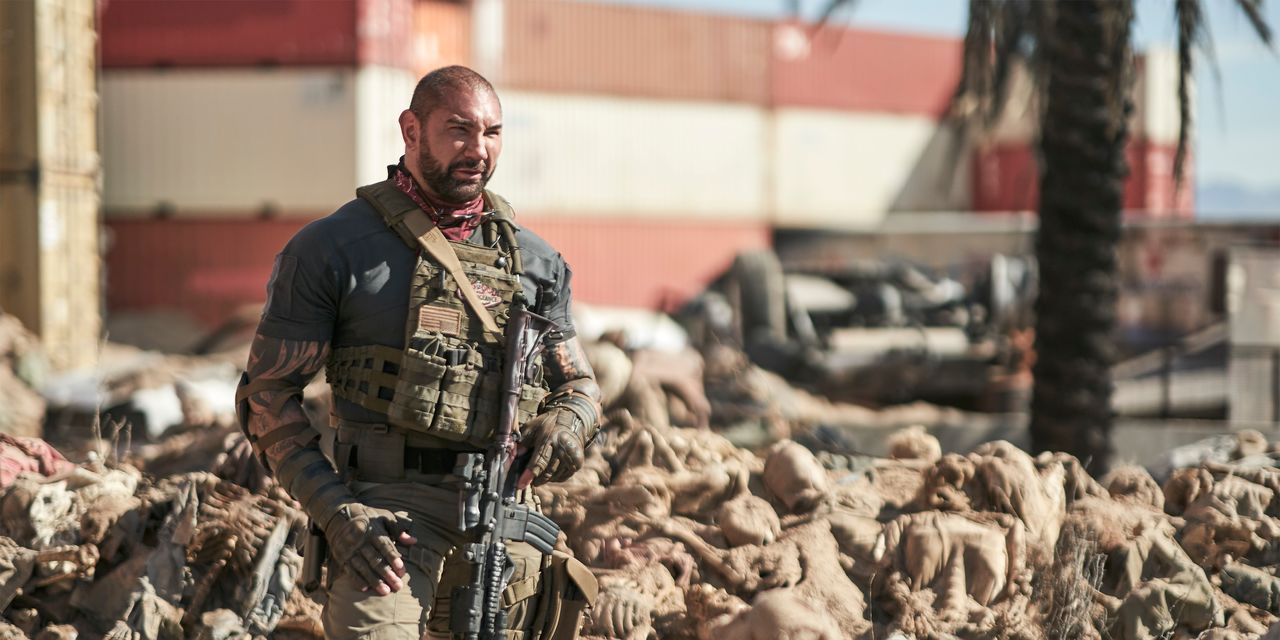 In a first, Netflix Inc.
NFLX,

will release its upcoming zombie movie “Army of the Dead” in hundreds of theaters a week before its streaming debut.

Cinemark
CNK,
,
the third-largest U.S. movie-theater chain, said Tuesday it will show the Zack Snyder-directed film at more than 200 of its theaters starting May 14. Variety reported it will play in about 600 theaters in all, including at smaller theater chains such as Landmark and Alamo Drafthouse. It will not play at the nation’s two biggest chains, AMC
AMC,

Regal Cinemas, according to Variety.

While Netflix has previously released some of its high-profile films to theaters before they streamed in order to gain Oscar eligibility, this will be — by far — Netflix’s widest theatrical release. It’s also the first Netflix theatrical release targeted to a mass audience.

“Army of the Dead” stars Dave Bautista as the leader of a team of mercenaries who attempt to rob a Las Vegas casino vault in the middle of a zombie apocalypse.

“Cinemark is excited to work with Netflix on our first wide release and provide movie lovers the opportunity to see ‘Army of the Dead’ in our theatres across the U.S.,” Justin McDaniel, Cinemark’s senior vice president of global content strategy, said in a statement. “Zack Snyder fans will love seeing the action in an immersive, cinematic environment with larger-than-life sight and sound technology.”

The movie will start streaming on Netflix on May 21.

Netflix has had a contentious relationship with movie theaters, who have fought to maintain exclusive 90-day windows for movies and have largely resisted giving Netflix access to screens. But the pandemic has shaken the cinematic business model, and theater chains have been experimenting with changes, including shortening theatrical windows — and in the case of AT&T’s
T,

The industry is slowly rebounding after the pandemic forced theaters to close for almost a year. Most movie theaters nationwide have reopened, though most still have capacity limits, and theaters are eagerly anticipating the return of moviegoers for the summer blockbuster season.

“While this is the first wide release of a Netflix film at Cinemark theatres, the companies anticipate there will be more to come,” Cinemark added Tuesday.