Home
Stocks
The New York Post: White House walks back Biden comments on cybercriminal swap with Russia
Prev Article Next Article
This post was originally published on this site 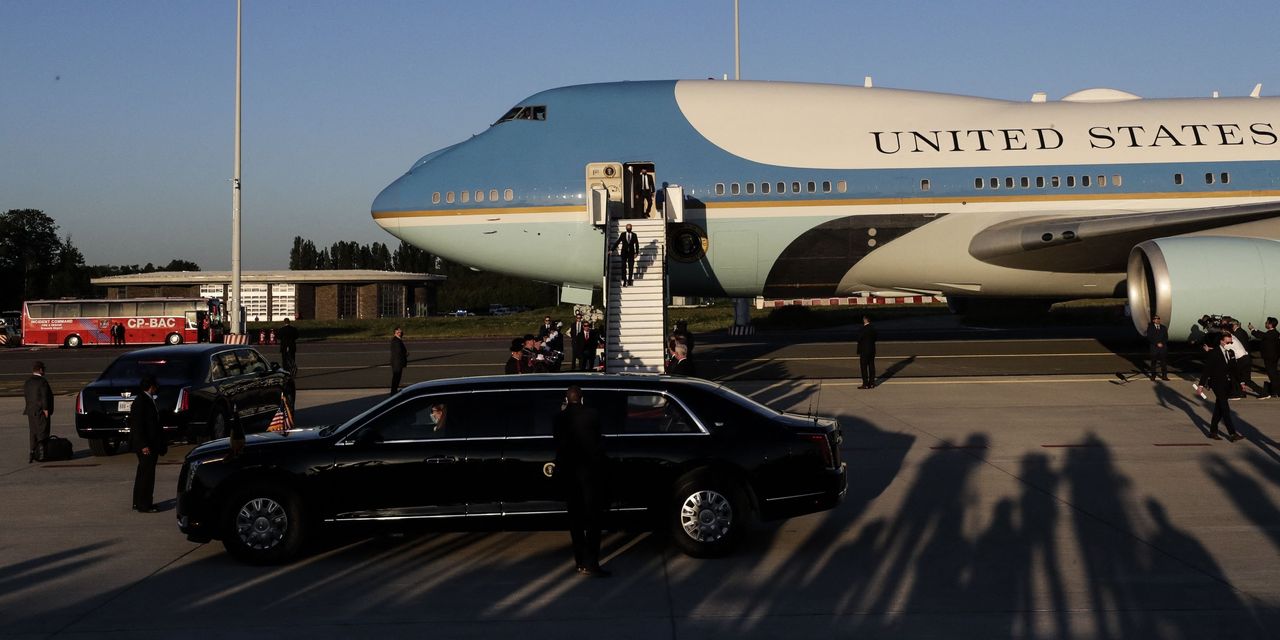 The White House on Sunday walked back comments from President Biden that he’d be “open” to exchanging cybercriminals with Russia.

National Security Advisor Jake Sullivan told press aboard Air Force One that Biden was not talking about “exchanges or swaps” when he seemed receptive to Vladimir Putin’s offer that the Kremlin would extradite cybercriminals if the US would respond in kind.

“He’s not saying he’s going to be exchanging cybercriminals with Russia,” Sullivan said of Biden.

“There’s no cybercriminals who have committed crimes in Russia he’s looking at, thinking, ‘I’m going to exchange them,’ ” Sullivan said.

“I think that was over-read or misread in the press coming out of there.”

Biden had been asked about Putin’s proposal during the conclusion of the G-7 summit of world leaders in the UK.

“I’m open to it if there’s crimes committed against Russia,” Biden said.

“That in fact the people committing those crimes are being harbored in the United States, I’m committed to holding him accountable.”

But after the comments were widely circulated, Sullivan said the president wasn’t responding to the specific proposal of exchanging criminals.

“That is something that we do when we know that someone is committing a cybercrime, whether against a domestic target or a foreign target, we take action against them,” he added.

Putin’s offer came during an appearance on state-run TV Sunday ahead of a planned talk between the two leaders in Geneva, Switzerland that is expected to be focused on ransomware attacks.

“If we agree to extradite criminals, then of course Russia will do that, we will do that, but only if the other side, in this case the United States, agrees to the same and will extradite the criminals in question to the Russian Federation,” Putin said.SEE ALSO‘Going to get in trouble with staff’: Biden lets slip how he’s handled to face press

“The question of cyber security is one of the most important at the moment because turning all kinds of systems off can lead to really difficult consequences.”

Earlier Sunday at a news conference concluding the G-7, Biden joked he’d get “in trouble” with staff if he failed to take questions from just the pre-planned list of reporters. The president’s staff has been known to carefully handle how he takes questions from the press.

Last month, he had cracked to members of the media “I’m not supposed to be answering all these questions” following White House meetings on the coronavirus vaccine and the infrastructure plan.

Biden is planning to hold a solo press conference after his sitdown with Putin.

Biden said that doing so would avoid a “contest about who can do better in front of a press conference to try to embarrass each other.”

“So the bottom line is that I think the best way to deal with this is for he and I to meet, he and I to have our discussion,” Biden said. “I will make clear my view of how that meeting turned out, and he’ll make clear from his perspective how it turned out,” the president said.

A version of this report appears on NYPost.com.