Home
Stocks
: Spain will now require U.K. travelers to show proof of vaccination or negative COVID test
Prev Article Next Article
This post was originally published on this site 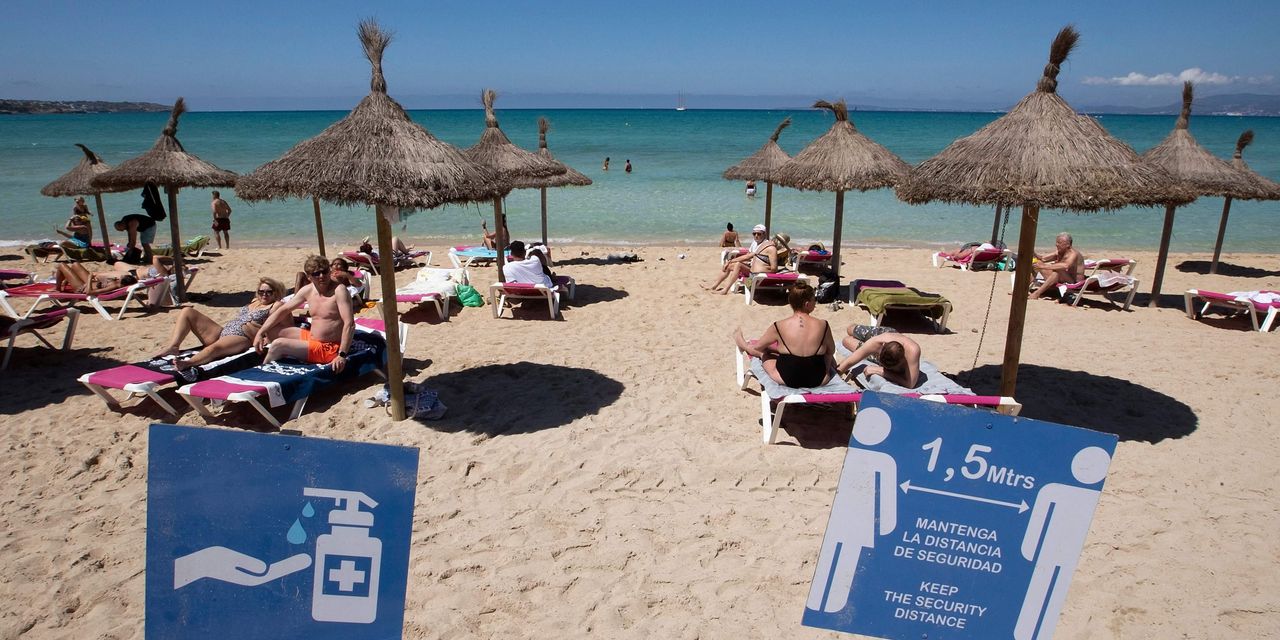 The Spanish government has bowed to pressure calling for the country to tighten its travel rules for visitors from the U.K., which is battling an outbreak of COVID-19 triggered by the highly contagious delta variant.

On Monday, Prime Minister Pedro Sánchez said in an interview on Cadena SER radio that the rise of COVID-19 cases in the U.K. means the Spanish government must be more prudent and require those visitors to provide proof of a negative test 72 hours before entering the country, or of a full vaccination cycle.

The government faced criticism earlier this month after announcing it would allow in U.K. travelers without either a negative test or vaccination certificate. German Chancellor Angela Merkel has been among European leaders urging countries to tighten standards for entry by U.K. visitors to keep the delta variant from spreading.

Portugal announced Monday that unvaccinated visitors from the U.K. must quarantine.

The U.K. recorded 14,876 new infections on Sunday, a level that hovers at highs not seen since February, with the delta variant being blamed for the majority of new infections.  Deaths and hospitalizations remain low, though. Spain’s cases remain low for now, with 95 confirmed cases per 100,000 residents over the last 14 days, as of June 25, though delta cases have been detected in the country.

The Balearic islands had just recently made it to the U.K.’s “green” list of destinations from which returning visitors would not require quarantine, though mainland Spain is on the “amber” list, which means returning travelers have to quarantine.

Spain’s hopes of salvaging the economy-critical summer season has come under fresh pressure, following a massive outbreak of infections linked to students celebrating the end of the school year in Mallorca, the biggest of the Balearic islands. Over 900 positive cases have been detected across the country, with Madrid at the epicenter — 2,000 are in quarantine in the country’s capital, and more than 400 students have been infected due to the outbreak detected late last week, reported El Mundo newspaper.

Some of the students were reportedly attending parties and a concert in which they may not have all been observing social-distancing rules or wearing masks. More than 200 students have been isolated in a hotel in Mallorca to quarantine, which has sparked backlash among some parents. A dozen of those students were in hospital for fever or generally feeling unwell, reported El Mundo.

Claiming to be stuck in “Hotel Covid” in Mallorca, some of those students have been taking to social media to complain, which in turn has sparked backlash from residents who say they’ve been observing strict COVID-19 rules to try to preserve the island’s travel season, which may now be in peril.

Spain loosened its outdoor mask restrictions for the first time since March 2020 as of Saturday, though the take-up seemed light across the country. Masks must still be worn indoors at all times, on public transport and if a safe distance of 1½ meters cannot be observed.

Spain has been ramping up its vaccination program, with 33.5% of the population now fully vaccinated, as it launches an all-out effort to win back tourists.

International visitors, barring the most heavily infected nations, have been able to enter the country as of early June, providing they can provide proof of vaccination or a negative result from a recent COVID-19 test.