Home
Stocks
: Biden says Fox News anchors like Sean Hannity had an ‘altar call’ on vaccines
Prev Article Next Article
This post was originally published on this site 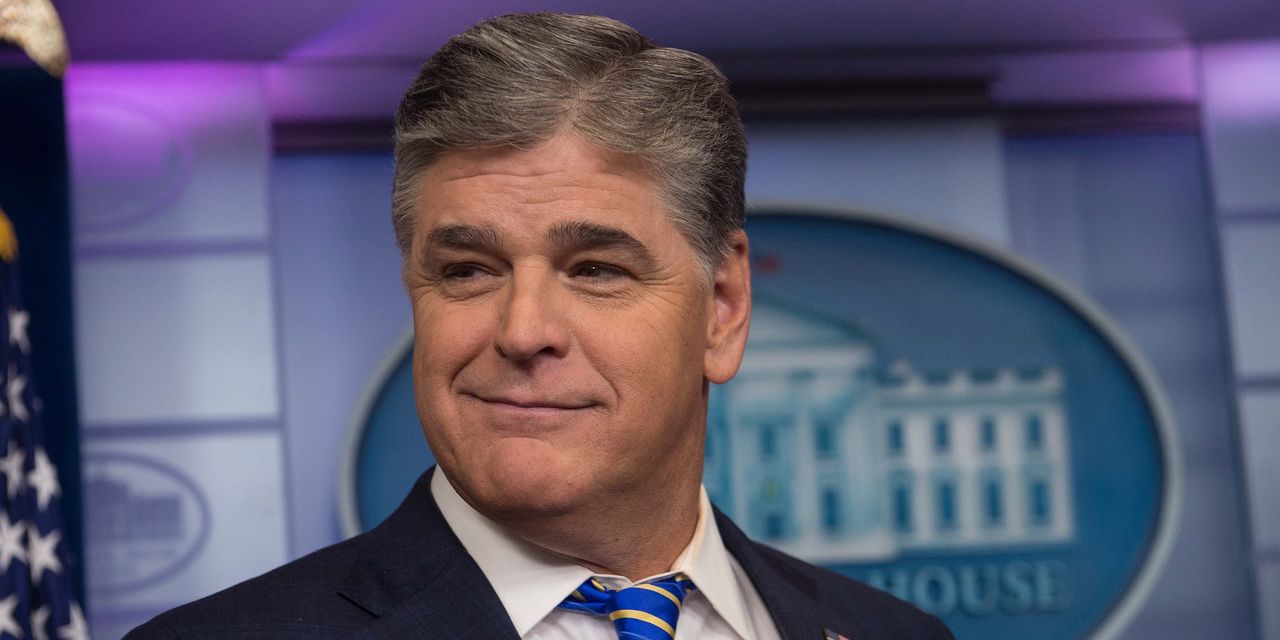 President Joe Biden suggested that Fox News has had a “come to Jesus” moment when it comes to COVID vaccines.

The commander-in-chief didn’t name names while speaking at a CNN town hall on Wednesday night, instead describing “one of those other networks — they’re not a big fan of mine, one you talk about a lot.” And he just stopped himself for teasing some anchors on the right-leaning network for now urging viewers to get vaccinated after months of expressing skepticism about the shots.

Biden’s quote appears to refer to the News Corp.
NWSA,

cable network, because the comments come just days after conservative Fox News hosts including Sean Hannity and Steve Doocy asked their viewers to get vaccinated against the novel coronavirus that causes COVID-19. (News Corp. is the owner of Dow Jones, the company that publishes MarketWatch.)

On Monday morning, Doocy told his “Fox & Friends” viewers, “If you have the chance, get the shot. It will save your life.” Later that same day, Hannity went viral on Twitter
TWTR,

for telling his audience to “please take COVID seriously,” adding, “I believe in the science of vaccination.”

And on Tuesday, Senate Minority Leader Mitch McConnell told reporters that “shots need to get in everybody’s arm as rapidly as possible” and asked that people “ignore all of these other voices that are giving demonstrably bad advice.”

“As they say in the southern part of my state, they’ve had an altar call, some of those guys,” Biden said, referring to the religious act among Christians of going up to the altar to make a new spiritual commitment.

This could be an important and influential shift in tone for Fox News, since polling suggests that many vaccine-hesitant Americans identify as conservative or Republican, and this group makes up Fox News’s core audience. One in three white conservatives refuse to get vaccinated, the Washington Post reported.

But critics including Matt Gertz at Media Matters and Vox writer Aaron Rupar have suggested that a couple of Fox anchors now pushing for COVID vaccines after months of being skeptical about them does not signify a true change in tone at the country’s most-watched cable news network. Other Fox News hosts have still been accused of pushing misinformation about vaccines this week.

Meanwhile, there are spiking cases of COVID-19 illness among unvaccinated Americans, largely due to the rapidly-spreading delta variant of the novel coronavirus. The World Health Organization has warned that the delta variant will become the dominate strain globally within months.

This more infectious strain could well be part of the about-face among some conservative pundits, as House Minority Whip Steve Scalise, who had previously put off getting one of the shots, announced on Tuesday that he was getting one now due to his concerns about the delta variant.

Biden also warned during the CNN town hall that COVID-19 is becoming a pandemic of the unvaccinated. “It’s gigantically important that … we all act like Americans who care about our fellow Americans” and get the shots, he said.